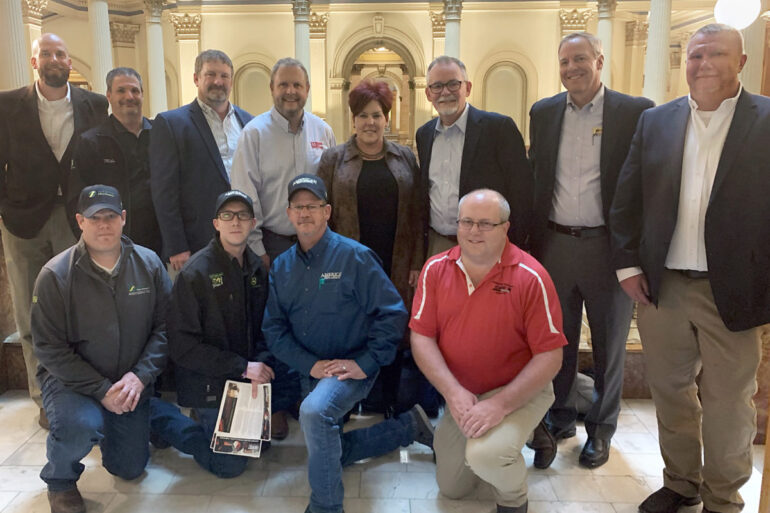 FWEDA fought proposed “right-to-repair” bills in three of its states this legislative session. Because of the COVID-19 pandemic, many legislatures are in recess until further notice so the fate of legislation in Hawaii and Colorado is uncertain.

FWEDA worked with EDA, its affiliates, AEM and manufacturers in forming the Coalition Opposed to Illegal Tampering this past year, correctly representing what “right-to-repair” advocates attempt in pushing for this legislation: the ability to access source code to modify and override emissions, performance and other safety features. Similar “model” bills were introduced in Arizona, Colorado and Hawaii.

A Business Affairs & Labor Committee hearing for Colorado’s “Consumer Digital Repair Bill of Rights” set for April 1 was postponed when lawmakers reconvened March 30 and temporarily adjourned the legislative session until further notice. Committee staff said the hearing was removed from the schedule as a result of stay-at-home orders issued by Colorado Gov. Jared Polis.

FWEDA held a dealer day Feb. 27 at the Denver Capital where a dozen dealers and manufacturer reps met with bill sponsors District 27 Rep. Brianna Titone, District 11 Rep. Jonathan Singer and District 13 Sen. John Cooke, proponents of the bill and a representative for farmers. FWEDA President and CEO Joani Woelfel, dealers and manufacturer representatives discussed the impacts of the bill, attempted to dispel misinformation and affirmed the industry’s commitment to supporting consumers’ right to repair their equipment. FWEDA also offered to coordinate demo of the diagnostic tools to illustrate what the equipment industry does to support customers in repairing their equipment. As a result of the COVID-19 outbreak, the status of the bill and hearing was unknown as of this printing.

Two bills from last year, SB 425 sponsored by Sen. Karl Allen Rhodes and SB 89, introduced by Sen. Michelle Kidani were carried over to 2020 session and filed Jan. 17. Two additional bills were filed this session. SB 2496: “Relating to the Model State Right-to-Repair Law” SB 2496 was referred to two Senate Committees: Consumer Protection & Health (CPH) and Judiciary (JDC). SB 2496 was co-sponsored by 12 Senators. Hawaii dealers and Woelfel submitted testimony at the hearing on behalf of FWEDA. At the close of the Hearing, Chairwoman Baker stated: I have significant concerns with SB 2496 and am “indefinitely deferring” the legislation and will wait until any further action is taken by the House on the issue.

HB 1884 was also referred to the two committees. Dealers who testified at the Consumer Protection & Commerce (CPC) Committee included Andrew Lindstrom with American Machinery, Bobby Whitworth with Hawthorne CAT and Joe Adams with Windward Boats. Woelfel also submitted testimony on behalf of FWEDA. Although it was passed with a technical amendment, no hearing in the House Judiciary Committee was set by the cut-off date. Absent any intervention by leadership, the legislation was not expected to proceed this year. The Hawaii legislature was recessed March 16 until further notice.

Sen. David Cook (R-D-8) planned to introduce draft AZ HB 1016 but following discussions with Arizona dealers and agricultural interests, he sent a press release detailing his decision: “After careful thought and meetings with representatives from agricultural communities and tech industries, I have decided not to introduce legislation this session for digital electronics equipment repair.” Shortly after the announcement media reported Cook and an agriculture lobbyist were engaged in an inappropriate relationship. Currently, no other bill sponsor has introduced legislation. The Arizona legislature was recessed and was expected to reconvene April 13.