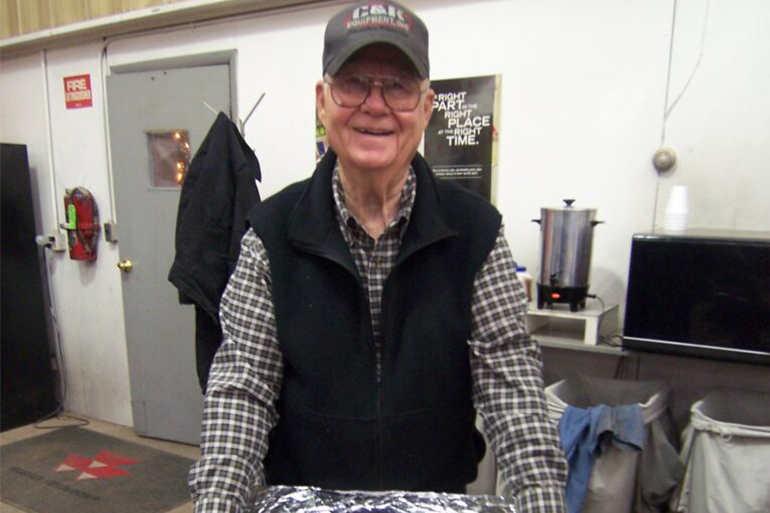 Dedicated employees who are more than willing to go the extra mile to get the job done are a rare breed. Bob Gieselman is one of them.

“They don’t make them like that anymore,” C&K Equipment General Manager Brad Walden said of his long-time Parts Assistant.

One Sunday morning, Walden drove by his dealership in Sheridan, Wyo., to find Gieselman had snuck in to work on his own time. “He lives it, breathes it,” Walden said. “He’s a National Treasure in the industry.”

Gieselman has been in the industry for 68 years, delivering parts, finding parts and setting the bar for exceptional customer service. The 85-year-old started working when he was 17 at Cook Ford, and soon after joined KB Tractor’s parts department where he worked for about 30 years. Gieselman joined the C&K Equipment family when the company was founded in 1988, where he’s been ever since. C&K is a one-location Massey Ferguson, Challenger, Hesston, Vermeer, Bobcat and Genie dealership providing sales, parts, service and rentals. It is the largest Massey Ferguson, Hesston and Challenger dealership in Wyoming, with 16 fulltime employees, servicing a four-state region.

“He is one of the greatest parts people in the industry, ever,” Walden said. “Never complains, loves life, and still wants to be a part of the team he helped mold.”

Walden was the sales manager for 10 years before purchasing the company in January 2012. C&K Equipment offers 24/7 service with field service and transport, or pickup and delivery with prompt turnaround to ensure minimal to zero downtime. C&K serves Sheridan and Johnson Counties as a Bobcat dealer with a fleet and rental department.

C&K Equipment has been “customers first” since its beginning.

Over the years, he has enjoyed watching his customers’ children grow up; how are now bringing the next generation into the family business.

With decades of experience, Gieselman has seen many transformations within the industry and C&K. When he started, he would use books and microfiche to look up parts. Even after the transition to computers, Gieselman would still flip through books.

“He knew where the stuff was. He would go flip to the page he needed … almost faster than a computer,” Russell said. Gieselman’s dedication to the company and his driving force is people, his customers.

A few years back, Walden remembers getting about 3 feet of snow. “Nobody could get to work,” Walden said. “Not even a snowstorm could stop him.”

He drove a tractor to Gieselman’s house to pick him up. Gieselman wanted to make sure they were open for those who needed them. At the end of the day, the tractor delivered him back home.

Some of Gieselman’s best memories are from C&K’s customer appreciation events, his favorite was the tractor pulls, held every third weekend in May.

The 30-year tradition would feature an open house and tractors of all sizes and colors. Russell remembers the Johnny Popper being Gieselman’s favorite competitor.

“People would come from all over the place,” Russell said. “Bob loves people.”

Helping people, helping build C&K Equipment and seeing people come in from miles away because of the service Gieselman is known for is why he continues to do what he does after all these years. Every year, just before Christmas C&K would host a Customer Appreciation Party. Gieselman said they would give more toys away at the party than they could get from downtown.

“We were very nice about it,” Gieselman said. They would get the shops all cleaned up, decorate, and serve lots of food, all free to the customers.

“The C&K Christmas Party has been known and shared for over 30 years.” Russell said. “It’s a hootin’ good time.”

“Unless I croak off, I’ll still be here.” Gieselman said of the annual event, canceled this year due to COVID-19.

In the late ‘60s, early ‘70s belt buckles were a big collector’s item. C&K began giving a buckle to every customer that bought a new machine. Gieselman built quite the collection.

“I’ve got 6,000 buckles,” he said. Noting his Hesston buckles are strongly his favorites.

When he’s not at C&K, Gieselman likes to work on his yard and help his neighbors. At one time, he had two snow blowers and he would go up and down the block clearing the way for his neighbors.

“Nothing can stop Bob,” Walden said.

Walden spoke of a time Gieselman dropped a starter on his leg. “He threw the starter over the truck, he was so mad.” It put a hole in his leg, but he kept working.

Now Gieselman just takes things one day at a time. “We can’t get him to hang it up,” Walden said.

Gieselman is originally from Chicago, was married 41 years to his wife Ruby, and has two children and many “Gieselburgers” or grandchildren.

Asked when he plans to retire, Gieselman responded, “when they put me in the barrel.” 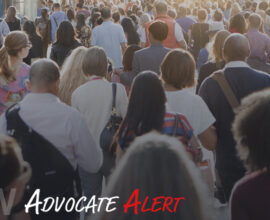 COVID-19 Guidance and Resources for Employers and Employees