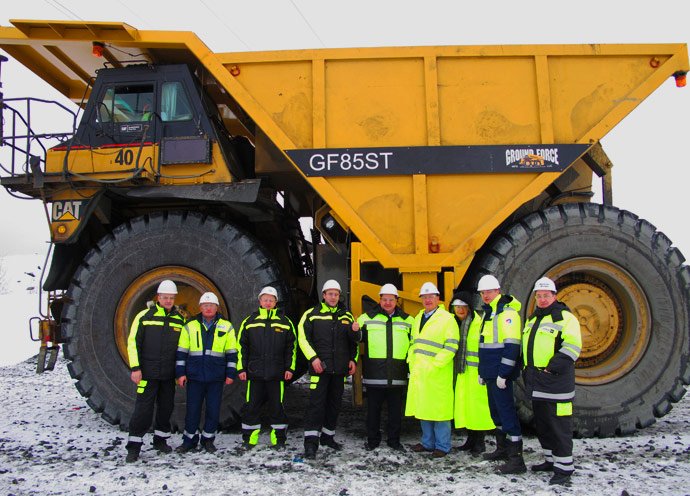 Ron Nilson says he is an example of the “Great American Dream,” and his passion is to share how he attained that dream with others — by giving back to an industry that’s given him so much. Nilson started at the bottom changing out hot tanks in a small manufacturing company in Seattle. He worked his way up, ultimately managing the company as its president, until they sold to Cummings Engine in 1986. Following that he started Tiger Engineering, and later sold to Caterpillar Inc.

Nilson then bought a small manufacturing company in Coeur d’Alene, Idaho, which is now a global leader in the industry. Nilson is Chairman of the Board, CEO, and Owner of Ground Force Worldwide (GFWW), which builds mine support equipment for open pit and underground mines. The company exports 70 percent of its equipment outside the United States. Nilson has worked directly with CATERPILLAR® and their dealers worldwide for 37 years.

Nilson will share an inspiring story of his struggles with self-esteem and addiction as a lost youth who found his way into an apprenticeship program. There, Nilson said he found direction and purpose in his life. He’s grateful for the chance he was given as a troubled youth when he walked into a machine shop. “They didn’t judge me,” Nilson said. From there, he learned the trade and started moving through the ranks.

In his leadership role, Nilson details his approach to a company culture that fuels not only the success of his company, but also recruitment and retention of his employees. He’s deeply invested in efforts to help the at-risk community develop skills and gainful employment in his work with Kootenai Technical Education Campus in Idaho. Nilson said the program has a 100-percent graduation rate, 99.5-percent placement rate, with graduates who each receive 3.49 job offers.

Nilson serves on several boards across North Idaho including: Kootenai Technical Education Campus (KTEC), Boys and Girls Club of Kootenai County, North Idaho Manufacturing Consortium, and has served as President of the Post Falls Chamber. He was also elected to the North Idaho College Board of Trustees and was appointed by Governor Brad Little to the PNWER (Pacific N.W. Economic Region) Board. Nilson has earned awards as “Citizen of the Year”; “Idaho Businessman of the Year”; and he received the Governors Choice Award – “Lifetime Achievement Award.” His company earned the United States Commerce – “Export Achievement Award”; Inland Northwest Partners “Hall of Fame” award; and was awarded “Company of the Year” by the Chamber of Commerce.

Register for the 2019 FWEDA Experience