BACKGROUND:
When issued, the Tax Cuts and Jobs Act of 2017 ushered in the most comprehensive and sweeping tax reform since The Tax Reform Act of 1986.  Among the many changes that resulted was an interest expense limitation equal to 30% of adjusted taxable income.  Another notable outcome was the increase to bonus depreciation.  In 2018, bonus was to drop to 40% of the cost basis of the asset.  Instead, the rate was increased to 100% for assets places in service from September 27, 2017 to December 31, 2022.

What was the impact of these changes on dealerships?  Hill, Barth & King’s own Rex Collins was able to have an audience with the House Ways and Means Committee during the development of the bill proposals.  As a result of Rex’s testimony, the House version of the bill included language that allowed dealerships with floor plan financing to deduct all floor plan related interest expense, even if that expense ultimately exceeded 30% of adjusted taxable income.  However, dealerships would also not be able to benefit from 100% bonus expensing.  Originally, the law as passed was interpreted as allowing a full deduction of floor plan interest while excluding a dealership from 100% bonus depreciation.

THE BOTTOM LINE:
Friday’s announcement by the IRS of the new final and proposed regulations clarifies the conflicting language in the act and the Blue Book interpretation and is welcomed good news for those dealers with floor plan financing. Significant planning opportunities exist for dealers; contact the Dealership Industry Group at Hill, Barth & King today to discuss planning opportunities related to this ruling as well as many other items that impact your dealership.

Rex Collins is a Principal at HBK CPAs and Consultants. He directs HBK’s National Dealership Industry Group, which provides tax, accounting, transactional and operational consulting exclusively to dealers. Rex can be reached by email at rcollins@hbkcpa.com, or by phone at 317-504-7900. 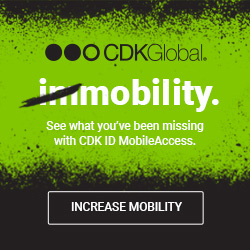