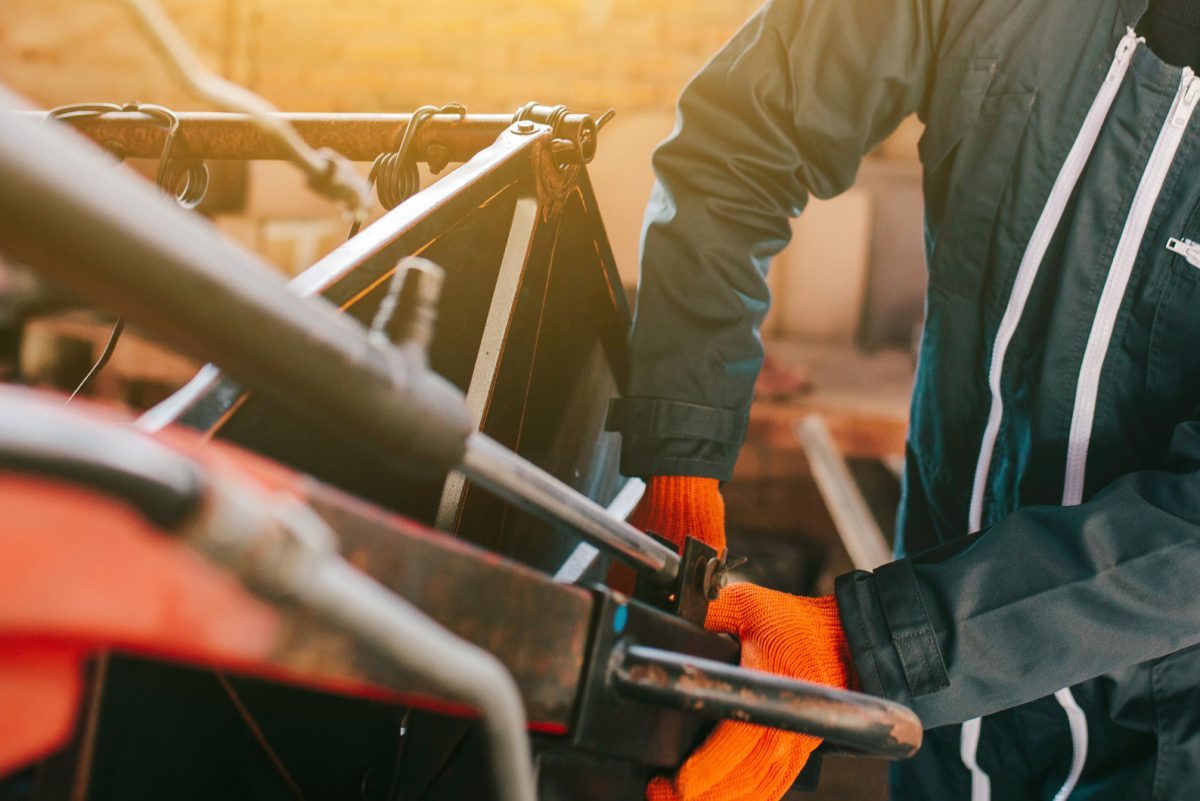 This is the second in a series of articles related to Right-to-Repair, a movement that seeks unrestrained access to equipment tools and technology. These articles address the Right-to-Repair vs. Right-to-Modify machinery, the potential impacts that compromise safety and emissions standards set by state and federal governments, and the ramifications consumers face by altering equipment.

Tinkering with tractors has taken on new life in the face of technology. Increased productivity and reduced downtime replace the simplicity of hands-on repairs. This evolution brought about by technology sparked the heated debate over a customer’s Right-to-Repair equipment taking the country by storm. The consequences of its impact — modifying the way machinery operates — is a widespread concern in the equipment industry, with consumers paying the highest price.

Modern machinery equipped with Engine Control Units (ECUs) and Diesel Exhaust Fluid (DEF) systems is programmed to comply with state and federal safety and emissions standards. Proponents of R2R legislation are demanding access to this embedded software code, arguing equipment owners should be able to manipulate machinery as they see fit. Manufacturers counter that the only purpose served by access to embedded software code would alter engine performance and emissions controls outside the standards. Tuning and “chipping” services on the market now override these systems by adjusting software settings to increase horsepower and torque, and by removing emissions controls. Companies that offer these services claim they are perfectly legitimate. 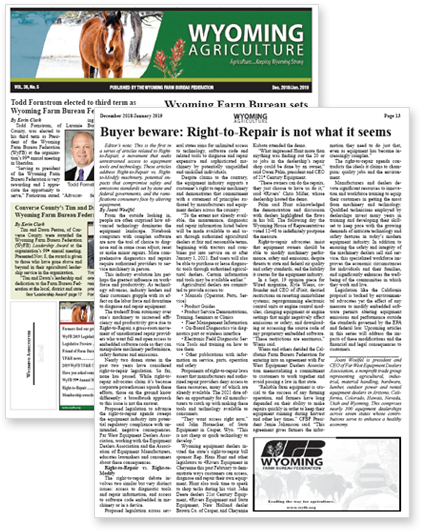 Chipping tractors changes the fuel injection duration and width without changing the common fuel rail pressure. By adding fuel, this chip gives the machine up to an additional 20 percent power and torque, which puts unintended strain on other components like the transmission, final drives, seals, etc. Ultimately, adding unintended horsepower will find the weakest point; maybe not immediately, but eventually it will.

Similar to chipping, altering horsepower and emissions by other means including reprogramming software and the ECU causes extreme risk to the original customer, the secondary customer and the dealer. Reprogramming the ECU can accomplish the same result as installing a chip, but sometimes extends beyond the 20-percent change. Through reprogramming, users can also bypass emissions controls that are required by federal law to be installed and working on modern engines. Companies that are regularly reprogramming ECUs through pirated software save the original settings so they can reprogram it back if the customer has a major failure and doesn’t want to jeopardize the warranty coverage, or if the customer desires to trade it in.

Those who provide this service and the customer recognize the risks created (legal and component failure) so they commonly save the OEM settings for this reason. Unfortunately, the secondary customer and the dealer take on 100 percent of the risk once the machine is traded in because they never know whether a machine has been chipped or reprogrammed.

“As a dealer, we cannot determine whether a tractor has been chipped and represent this trade-in machine to the rest of the market as a normal tractor that has been operated with the original manufacturer’s engineered specifications,” says Terry Gass, district manager and marketing vice president of 21st Century Equipment with locations in Nebraska, Wyoming and Colorado. “Likewise, the secondary customer who purchases that machine is doing so assuming the same.”

If that customer has a major failure after unknowingly purchasing a tractor that’s been chipped, they are many times faced with a large, unexpected repair bill, Gass said. “Equipment dealers today have survived and grown by standing behind what they sell. Even if they unknowingly sold a tractor that had been chipped, and it consequently had a major failure shortly after selling it, they assume the risk of major repair expense to protect their good reputation,” he said. The real burden of equipment alterations is ultimately borne by consumers. Although it’s hard to know, if it’s determined that a tractor has been chipped or reprogrammed to increase horsepower or bypass emissions, much of the manufacturer warranty is voided, Gass said.

Engine components, transmissions and final drives can fail if they aren’t engineered to accept high levels of horsepower or torque. And the cost is high. Gass estimates repairing a 9.0-liter engine can reach $40,000; a final drive failure is roughly a $15,000 repair; and an IVT Transmission repair is estimated at $50,000. Subsequent issues caused by these failures can drive these costs even higher, and unfortunately, it’s typically the dealer or the secondary customer who bears the brunt of these costly failures, he said. Additionally, all machines are engineered with an expected life-cycle. During the engineering process, the horsepower created by the engine is matched by the drivetrain and all other components of the machine, so if parts are pushed beyond their capability, life-cycle diminishes.

The EPA is ramping up enforcement of its standards with several companies facing the consequences of violating mandates. Our next article will explore industry transformation driven by compliance and the ways consumers can protect their equipment and businesses.